For 37 days in the summer of 2018, a devastating fire ravaged Shasta and Trinity Counties in Northern California. The Carr Fire burned 229,651 acres and destroyed over 1,600 structures, most of which were homes. It was the seventh-most destructive fire in California history.

The Salvation Army was there from the beginning, and we are still there to this day.

The Salvation Army continues to work side by side with the recovering communities. We have transitioned from focusing on the provision of immediate needs, including temporary shelter, food, water and medical aid, to providing for long-term needs that will help survivors get back to a level of normalcy in their lives.

In all, multiple teams of Salvation Army officers and staff, plus hundreds of volunteers, have worked tirelessly to serve Carr Fire survivors — to give them a sense of hope — even in the darkest of times.

When 36,000 people in the communities of French Gulch, Igo, Ono, Lewiston, Douglas City, Shasta, Shasta Lake City, Summit City, and the City of Redding were evacuated, The Salvation Army sprung into action. Five Emergency Disaster Service teams from Auburn, Roseville, Eureka, Redding and Santa Rosa were deployed, equipped with mobile kitchens, serving at locations in and around Redding. Our teams provided essential items, emotional and spiritual care from our trained pastors, meals, drinks and snacks to evacuees and first responders. Officers and staff worked nearly 10,000 hours, not including the hundreds of volunteers who gave their time and hearts to the cause.

A Special Friend Pitches In

A native of Northern California, celebrity Chef Guy Fieri decided to use his cooking skills to help The Salvation Army feed evacuees and responders. He brought his Knuckle Sandwich crew up to Shasta College and fed up to 10,000 people per day, before moving on to Lake County where locals were dealing with the Mendocino Complex fire.

Those who were going through the trauma of such a terrible disaster were treated to some amazing barbecue. The Salvation Army considers Chef Fieri and his crew good friends, and we are grateful for their service! 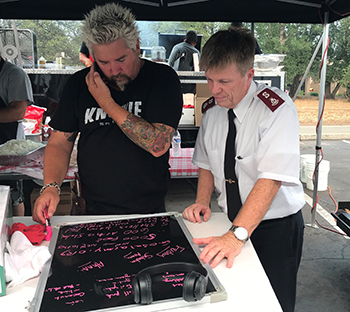 With well over a thousand homes damaged or destroyed in the fire, many Shasta County residents were devastated. Plus, there were thousands more who had been evacuated and had little more than the clothes on their backs.

That’s where the Distribution Center stepped in. The Salvation Army and Bethel Church in Redding teamed up to provide a Distribution Center where survivors could come and take a breath, eat a meal, go to the cooling center, meet up with family members, get emotional support, and obtain any essential items they may have needed.

A plethora of items were on offer, such as household essentials, protective face masks, socks and other clothing for children and adults, canned food and water. Well over 3,000 survivors were served here. 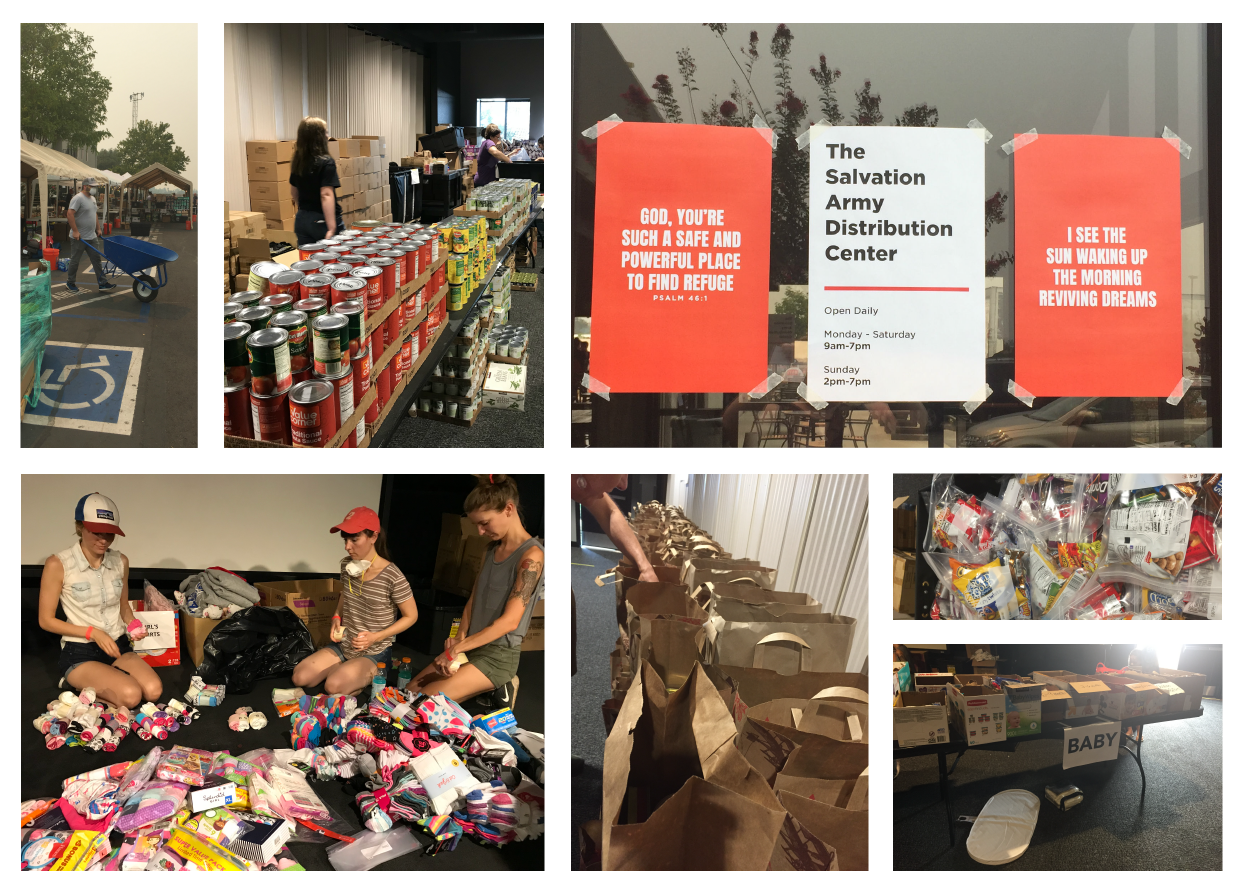 The months and years following a disaster can be very difficult for those who lived through it. Survivors are still moving through the grieving process, and anniversaries—such as one year since the disaster — can be particularly painful. Our goal is to provide as much care as we possibly can, in order to ease some of this discomfort.

When the fire was contained and the initial crisis ended, there was still much work to be done. In order to continue working side by side with recovering communities, The Salvation Army developed its Early Recovery Program to assist Carr Fire survivors. The program is designed to help those without other sources of assistance and to supplement existing support from other community programs.

Video: A Case Worker Connects with a Recovering Community

A Family Settles in to Their New Life

After the fire destroyed Ed and Tonya's home, they began living in a fifth wheel on their property with two small children and a teenager. They purchased a mobile home, but there were still repairs needed on the property. The Salvation Army was able to help with a power pole, grading, gravel, waterline repairs and a septic system.

“You also helped us with clothes, food, Christmas toys, even emotional support,” Ed said. “Especially with Captain Tim [Tim Danielson, Redding Corps Officer]. Through this experience I got a different look at the Army. You guys have been so awesome. Thank you.” 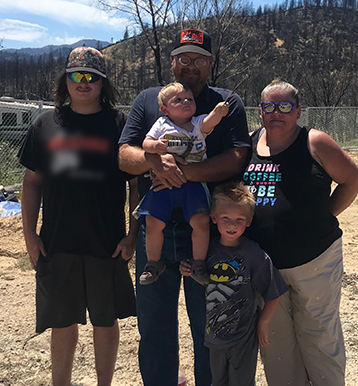 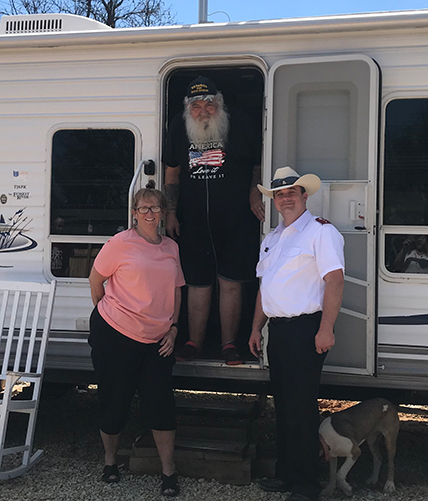 Since the fire, Robert had been living in an old motorhome that wasn’t in great shape and wasn't secure from the elements. He was on full-time oxygen. So we called Robert to come in and see us, and surprised him with a donated travel trailer. He sat down in his new trailer and came to tears.

“The Salvation Army has just totally taken care of me,” Robert said. “They gave me bag after bag of food, and they’ve just completely done everything I could imagine … more than I could imagine that anybody else could have done for me.”

Your Support Is Always Vital

One year ago, our donors were an amazing blessing. And we count on our supporters all year long.

Although we help thousands of survivors each year, The Salvation Army does much more than help people in times of disaster. We maintain Community Centers throughout our region, providing family services, food, shelter, rehabilitation, career development, youth programs, and much more. It’s because of generous donors like you that we are able to keep serving those who need us. If you would like to support The Salvation Army, make an online gift now. Thank you!